On the 18th, we travelled from Bilbao to Pamplona, Spain. This was our first really rainy day and we had few photo opportunities. 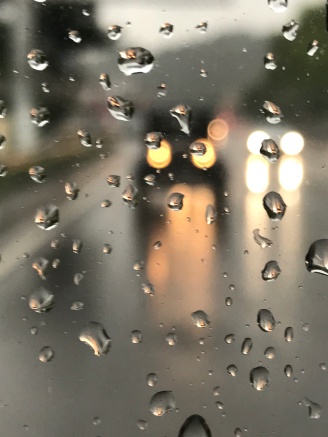 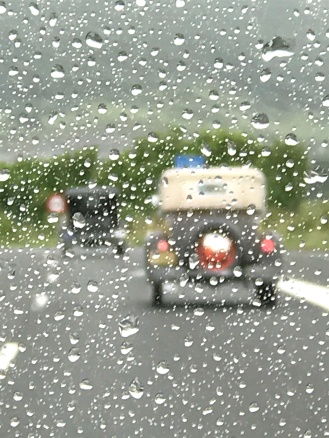 After we settled into our hotel in Pamplona, we gathered for a walking tour of the city center. (The rain had let up by then.) One of the first topics the guide discussed was the “running of the bulls”, which is actually a very small part of a very big festival. However, it’s that part that has made Pamplona world-famous.

Here are views of the streets the bulls run down as well as the bullfight stadium, which is apparently the largest in Spain. The last two pictures show the digital count-down to the next festival, and Robert imitating a bull.

This is not the festival season, but there is an example of the barriers used to confine the bulls to the proper route. Of course, we all had to pose at it, and our guide demonstrated how a participant in the run could escape the bulls by vaulting over the barrier. 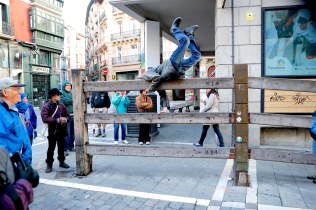 We also learned about the Camino de Santiago; one of main routes goes right through Pamplona, so there are signs everywhere. This is a shot of the emblems in the street.   The shots of signs on the wall didn’t turn out.

Additional views of the city: 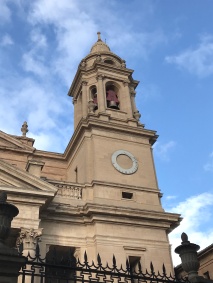 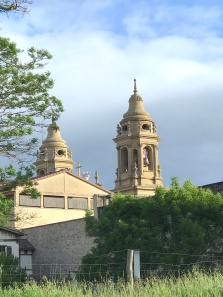 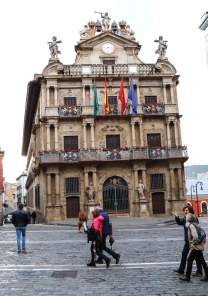 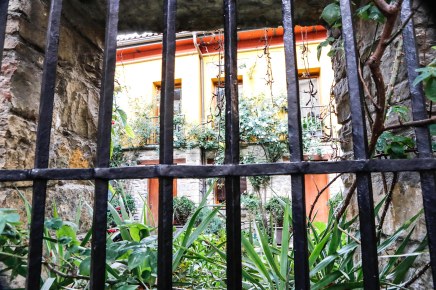 We even learned a little about the Basque history of this area. 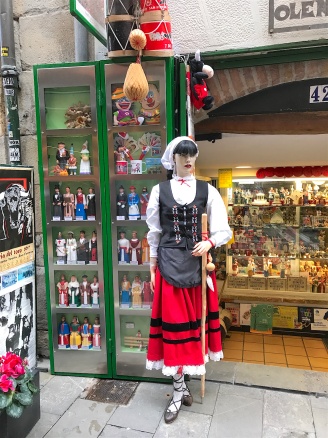 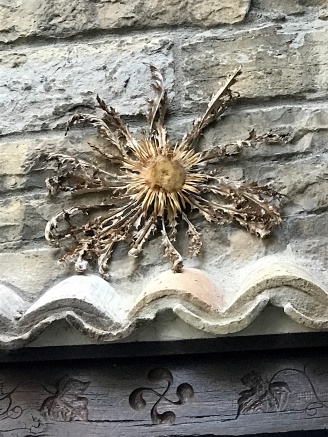