Wow! The first full day of the tour was amazing! Below is a shot from the Nugget in Sparks, NV – just before the power outage!

The Sisson’s car is outfitted with the official tour license plate for the tour, and you can see that the Model A’s have marked their territory in Sparks, NV: 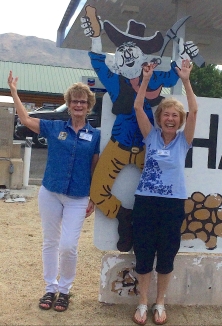 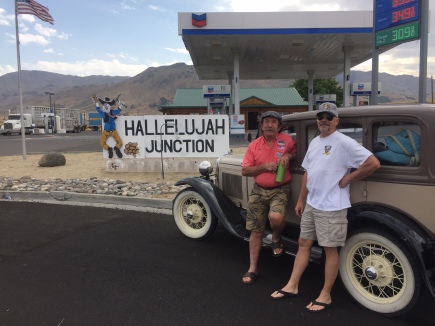 The group began to discover the history buried in the Mother Lode of California. The towns they visited included Loyalton and Sierraville. 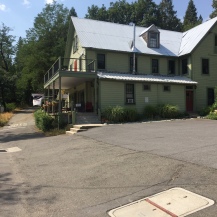 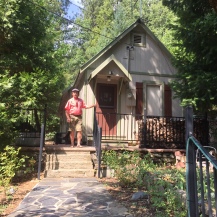 Lots of smoke in the air yesterday.  And the Sissons caught this pic of a Cal Fire helicopter scooping water for a near-by lightning strike fire.

It was so close that it actually splashed water and gravel on their car. (Fortunately, they didn’t get splattered with the red fire retardant, which I understand is difficult to clean up.)

Here are the shots from Downieville:

As for Camptonville, one tourist said, “We stopped to see the Pelton Wheel Monument in Camptonville. The town is so small, we drove by the monument and missed it looking for the downtown area.”

“Just for the record, there is no downtown Camptonville.” 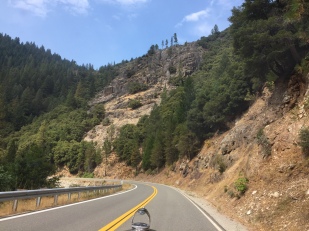 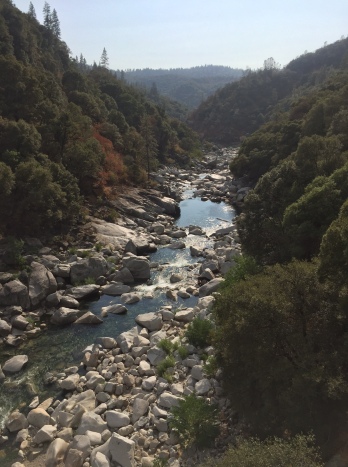 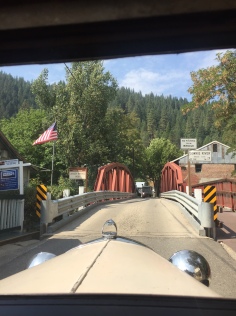 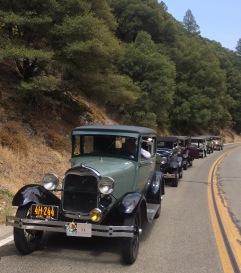 And, finally, here are shots heading toward Grass Valley, where the group will be headquartered for three nights. 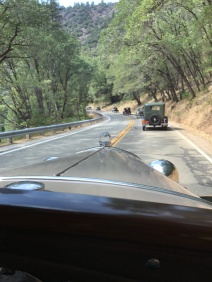 Can you believe that this was all in one day? Lots of photographers contributed to this blog: Bennett, Hulstrom, Matty, Murdoch, and Shawl.

And, just wait until you see what they’re all doing on the 7th!