On September 13th the Model A tourists paid homage to some non-mining California history. First was the Chaw’se Indian Grinding Rock State Park and Museum in Pine Grove.

The Krills explain the photo below. It’s “…a close-up look at the Soaproot plant the Miwok people used for soap, food, etc.” 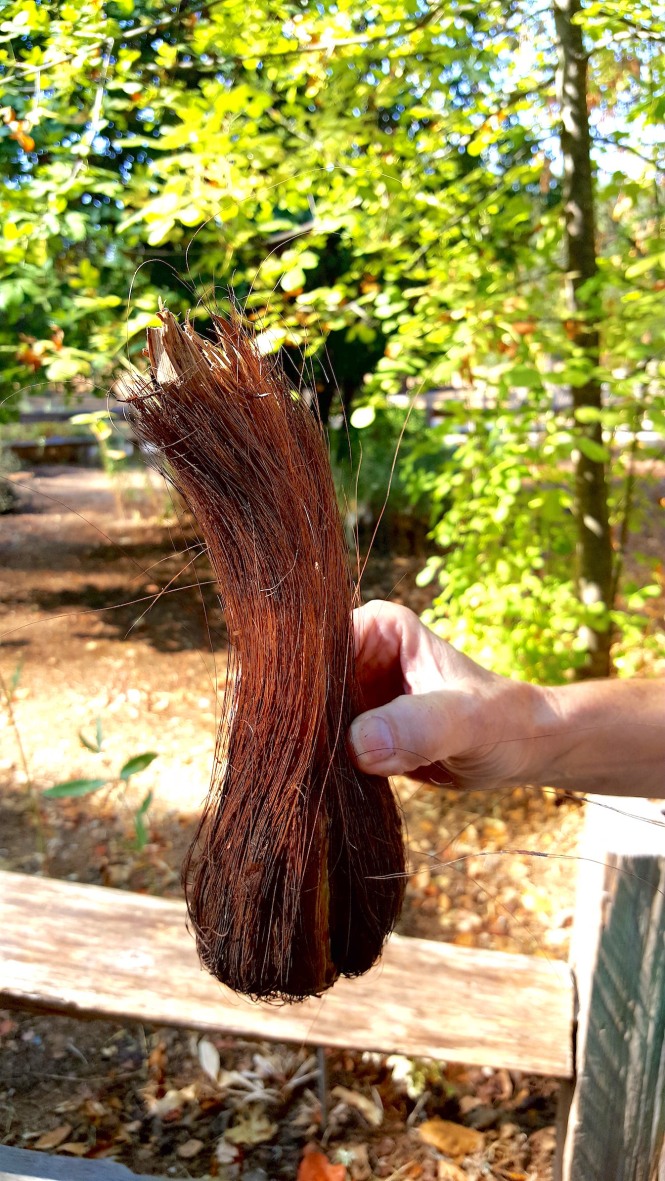 The word Miwok means people in their native language. They are members of four linguistically related Native American groups to live in what is now Northern California.  The Miwok, also called the Eastern Miwok, lived mostly along the foothills of the Sierras, and up into the mountains below the line of heavy winter storms.

Below is Docent Marilyn telling us about the “chukka” used by the Miwok Indians as a kitchen pantry to store acorns for winter…made of cedar branches wrapped with grape branches.

Here’s the biggest round house (60′ in diameter) in the park. As the center of Miwok ceremonies, it was most important building in the park. 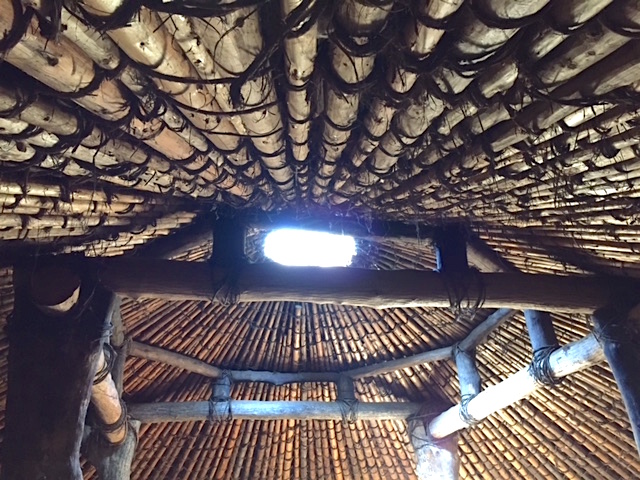 This is the largest marbled sedimentary rock used to smash acorns. This one has very faint petroglyphs on the surface of the rock.

I suspect the shot below is a portrait in front of one of the murals in the museum. 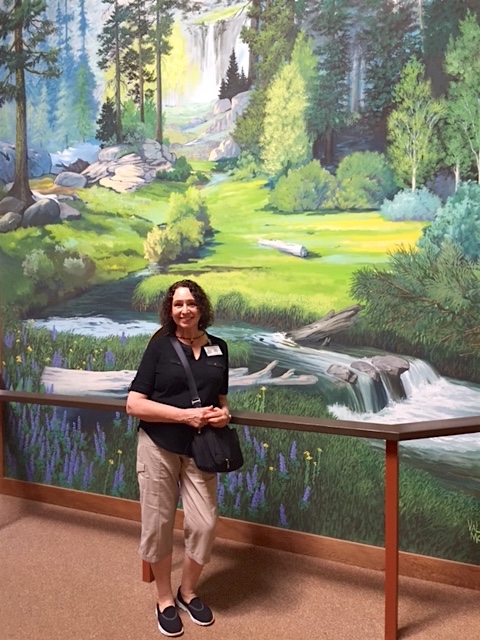 Another one of the venues today was the “Knight Foundry” in Sutter Creek founded by Samuel Knight in 1873.  But first, here’s downtown Sutter Creek…

And, here’s the foundry, which was entirely powered by a Knight water wheel that produced 35 hp. 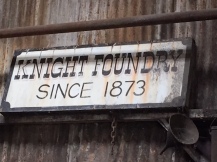 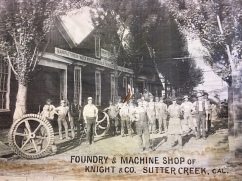 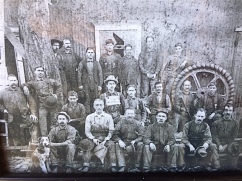 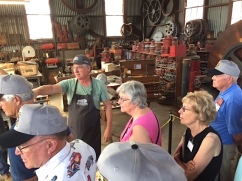 And close-up shots in the foundry: 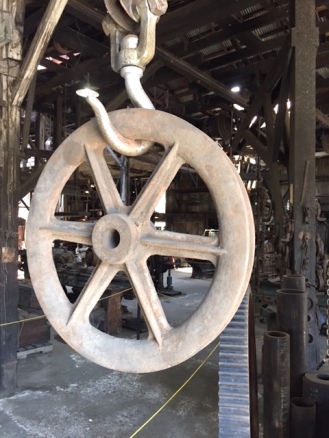 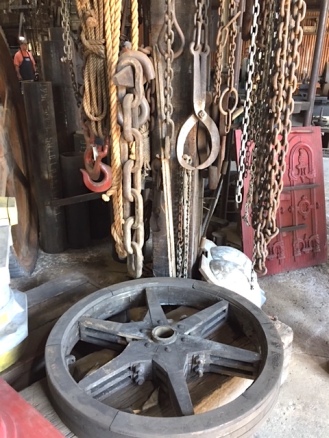 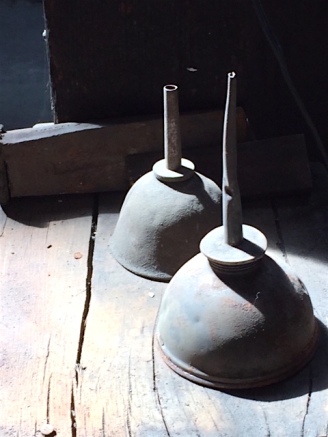 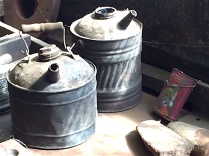 The group got a special tour of the Preston Castle. In 1890 the land where the Castle stands was purchased from the Ione Coal and Iron Company to house the Preston School of Industry, established by the California Legislature as a progressive action toward rehabilitating juvenile offenders. The school’s administration building (now called the Preston Castle) would be the most significant example of Romanesque architecture in the Mother Lode. 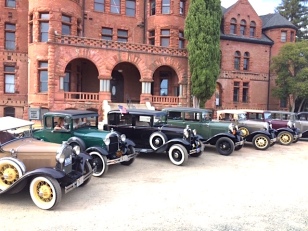 The group had a great time at the Preston Castle, and it was a good backdrop for car photos.

Just to liven things up today, Gil had a flat… 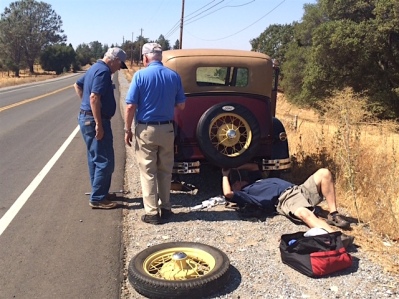 It was our first little mishap on the tour. (What’s a Model A Tour without some kind of mechanical issue?) Got some good help though — thank you, Chris.

To finish off the day, here are a couple nice car close-ups, and Model A tourists checking the blog: 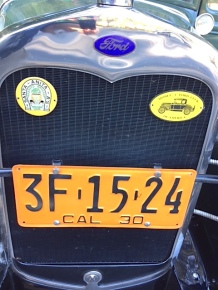