Today we drove about 17 miles to Hickory Corners, MI, to visit the Gilmore Car Museum.  The docents arranged special parking for our Model As on the lawn of the facility.

We had a tour of the Model A Museum (the largest in the world), a vintage diner, various period  displays, and over 300 vintage autos and motorcycles. There was even an airplane with a Model A engine. 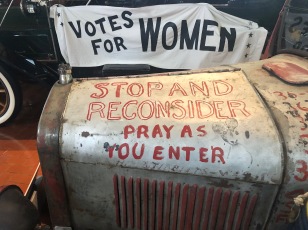 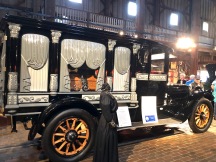 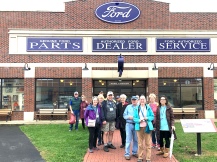 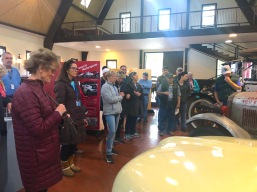 Our car clubs had contributed to the new museum and received acknowledgement in the form of engraved bricks.

Tonight’s hotel is in Ludington, MI, on the eastern shore of Lake Michigan because we’ll take a car ferry across the Lake tomorrow morning.  See you then!

2 thoughts on “One of Our FAVORITE Museums”