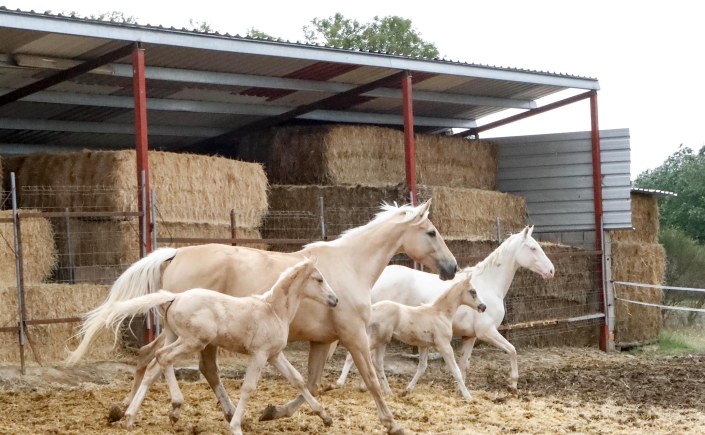 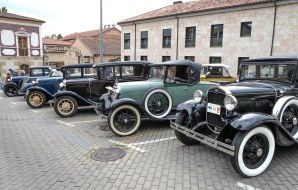 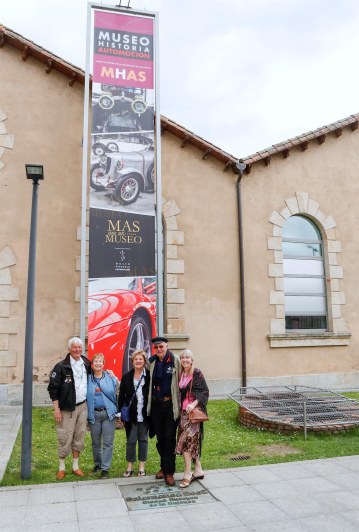 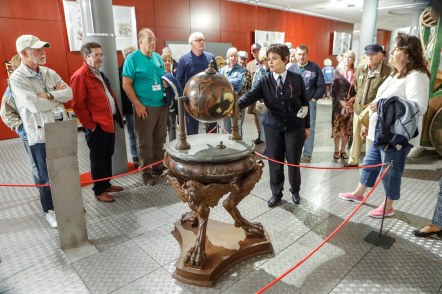 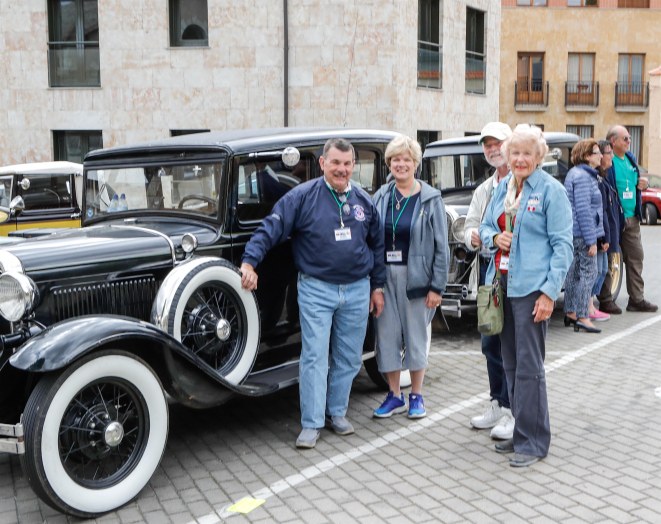 And this morning we found we were in the two local newspapers. 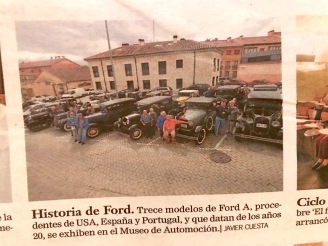 Here’s the city by day and by night:

We had the morning free in Salamanca, so some of us took the tourist train. Others walked around the city. 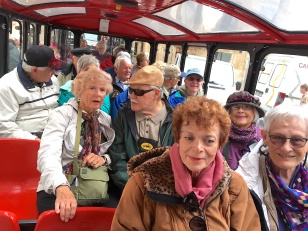 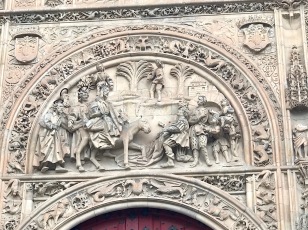 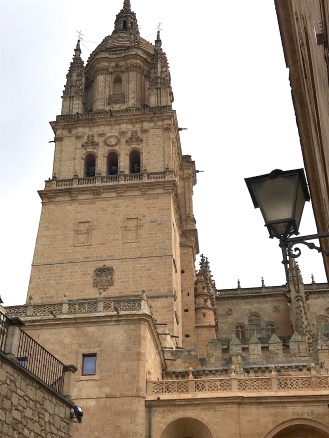 We had a relatively short and easy drive from Salamanca to Zamora. Our little group stopped for gasoline half way there. We learned there was a winery only 11 kilometers away, so we decided to check it out. It was a pleasant family-owned winery (Teso de la Encina) and we had a lot of fun with them. We came away with several bottles – some types were named after their maternal and paternal grandfathers, and one was named after their 7-year old son. 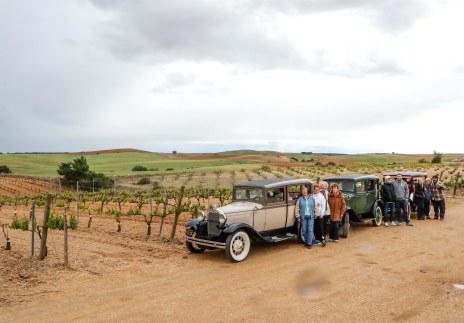 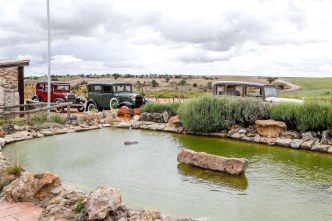 As we prepared to leave, we found out that they also breed horses, and check out two of the mares with their foals. 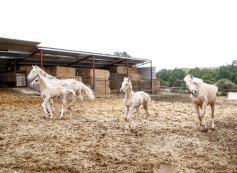 And here’s the proud sire: 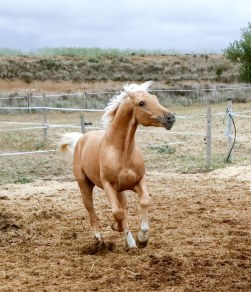 What a fun afternoon! 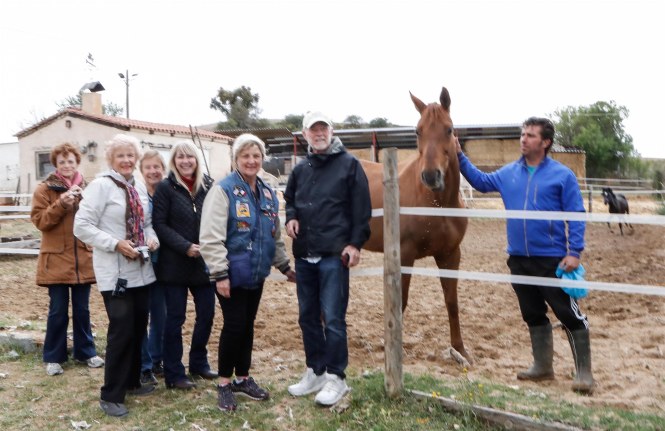 And, when we reached Zamora, we had a group dinner. We spent a second night here and after successfully shopping, we went to a puppet show. Of course, we couldn’t understand the entire story line, but it was funny and entertaining.

Afterwards, some of us gathered in one of the hotel rooms for wine, chips and camaraderie. Note: the hand washed laundry drying above Rick’s head!

4 thoughts on “An Unscheduled Stop Leads to a Spanish Surprise”