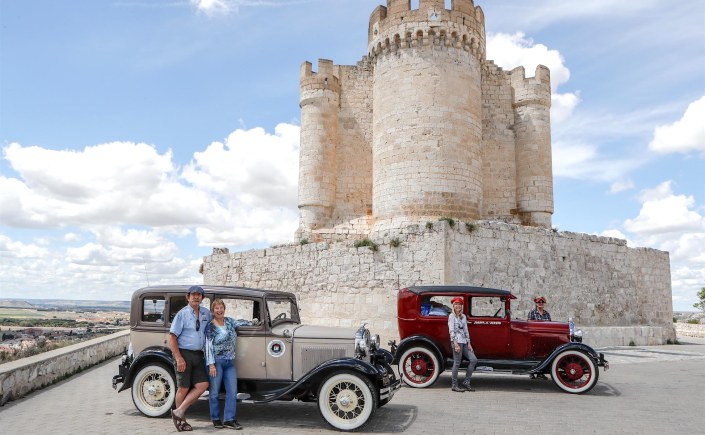 This day’s Spanish adventure was a very pleasant drive through the countryside. 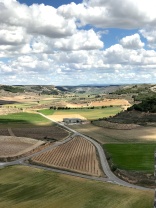 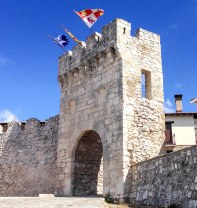 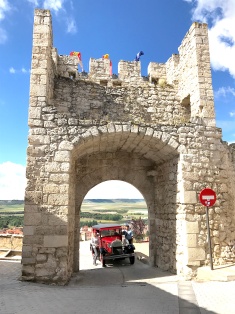 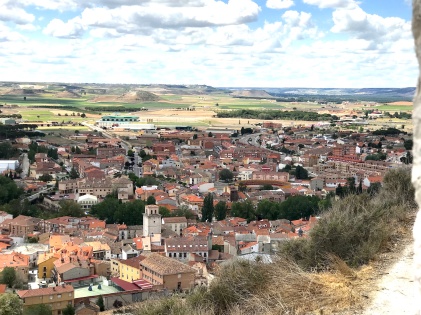 Not too far from our starting point in Tordesillas, we found the Castle of Portillo. Climbed a lot of steps up the tower, but the view from the tower was fantastic. 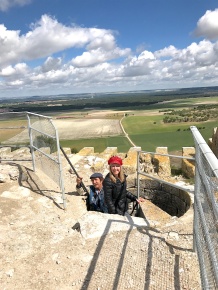 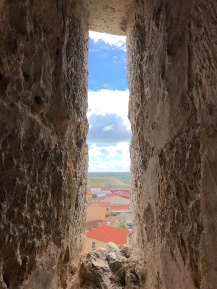 Later in the day, we could see the huge castle of Penefiel in the distance, but we had a couple of photo stops on the way. Some of us arrived in time for a tour of the castle, but Sunday hours meant that most of us were only able to enjoy the view. 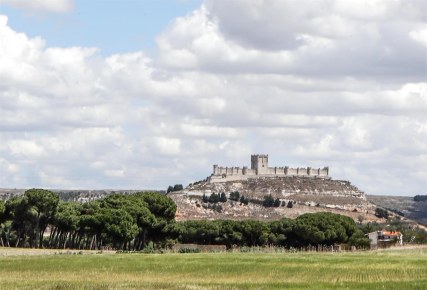 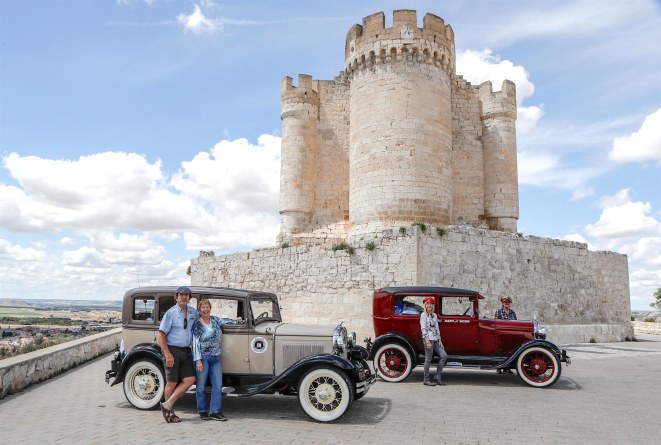 I have to tell you that Model A’ers are intrepid, ingenious, and full of humor. On an earlier day, one of our people got lost near our hotel and flagged down a taxi to lead him “home.” On this day, someone was lost near the hotel in Aranda de Duero and managed to get a police escort to the hotel! The photo with the inflatable dinosaur in front of the Penefiel Castle is a story for another day – I can’t remember the dino’s name! He’s this tour’s equivalent of the rubber chicken often used on tours back in the states.  And here we are relaxing at our hotel, waiting for dinner… 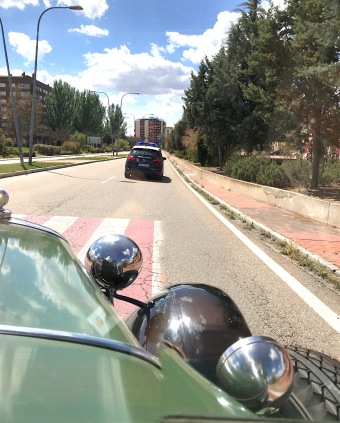 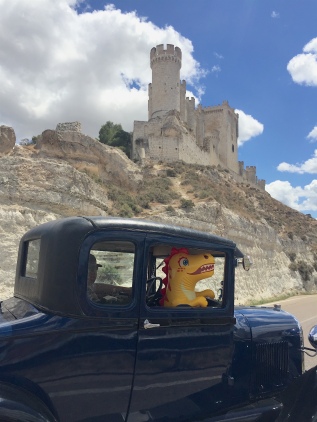 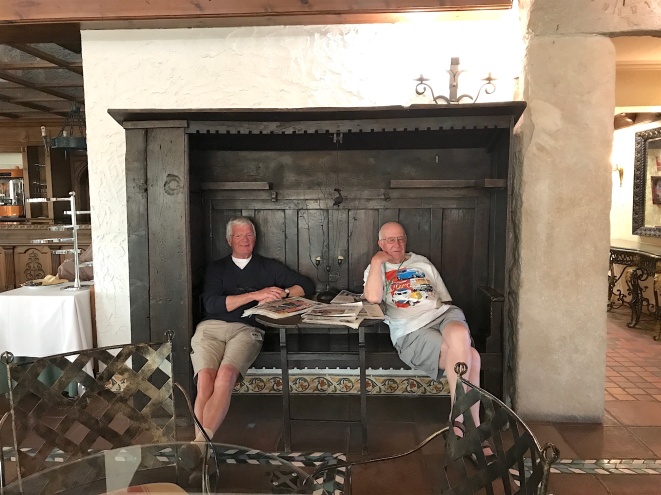 One thought on “Castles and Model As”